The relationships in my life are incredibly important to me. Whether they’re romantic, familial, or of the friend variety, I respect and love the people that I share my life with. With that being said what happens when that relationship seems to be wrecked beyond repair? A friendship for example; after a gnarly argument, how do you get back to the place before words were said and feelings were hurt? Is there a point of no return and all hope is lost? These are questions that I’ve been wracking my brain with for the better part of 2 months.

I pride myself for not being able to hold a grudge (or so I thought). Typically, if I get into a tiff with anyone whether I’m right or wrong, the storm doesn’t last long at all. I just don’t see the need to hold onto such animosity for a long period of time. I just don’t have it in me. I understand that arguments/misunderstanding are apart of life and they will always happen. More often than not, bonds are usually strengthened after a fight in my experience.

I tend to adopt boxing rules when engaging in an argument. My requirements when dealing with conflict is that both parties A: fight fair,  B: No blows below the belt or kidney (metaphorically speaking of course), and C: after all is said and done everything is left in the ring. Now, in my 23 years on this earth, these methods have worked well for me, so much so whenever I am faced with an argument, I’m not even phased with it because it’s only a temporary thing. One thing I’ve learned, is not everyone plays by the same set of rules.

I’m always about fairness; quid pro quo if you will. I don’t put much stock in astrology, however as a Libra, I do believe they were spot on when it comes to my need for things to be even. When I argue, I typically stick to facts and how they made me feel. I also  am a generous apologizer if I am the transgressor, and I expect my “opponents” to give me the same curtesy  Unfortunately, in this world not everything is fair. “Fair? Fare is what you pay to ride the bus. That’s the only fair I know.” If you’ve watched the first season of Weeds then you’ve heard that line. As much as I hate to admit it, there is a whole lot of truth to that statement. But I’m getting off topic.

For the first time ever, I am having an extremely difficult time letting go of an argument. First, the fight definitely was not fair. Second, low blows were dealt that I’m still recovering from. Third, obviously not everything was left in the ring by both parties involved. This one definitely did not fit neatly into my box of “how to argue fairly”. After “smoothing things over, I find myself questioning the integrity of the friendship.

I am not someone who freely shares feelings with people. My thoughts are my own and for the most part are tightly kept in my crazy little brain. So it really stings to have a friend that knows you well, use your thoughts/feelings against you. It’s quite cruel actually; and during my latest argument, that is exactly what my friend did. I was definitely taken aback by the hostility of what occurred, it was like an argument that you would have with an enemy, not a good friend. Even now, I still feel the sharpness of her words and it still hits hard. Granted, I could have taken pot shots too, but it’s just not in my nature. I sure as hell thought about it though. I have forgiven my friend and I am not longer upset with our initial problem, however that argument did open up a new can of worms now I’m at a crossroad.

My dilemma is this: now knowing what I know, how do I go back to business as usual? I have no desire to share things with that friend anymore; not after seeing her carelessness of my feelings. Maybe with more time, this will blow over. Our friendship seems more like a mirror that has been broken into tiny minuscule little pieces that have been glued back together. It’s whole again, but it’s definitely not in the same form that it once was. 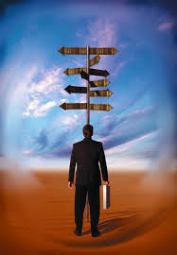 Posted on July 6, 2013March 22, 2014 Posted in LifeTagged argument, astrology, boxing, crossroad, fair, fare, fighting, fighting fair, friendship, It's not me it's you, It's not you it's me, libra, Philosophy, quarter-life crisis, relationship, thoughts, weeds