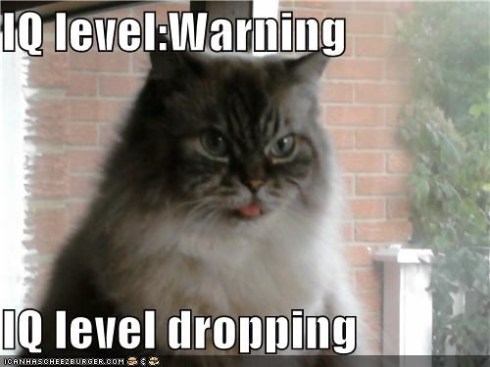 I like my fair share of guilty pleasure IQ dropping TV shows. But what I’m watching now definitely takes the cake. If you haven’t heard of #RichKids of Beverly Hills, I suggest you make your way to Google right now. This show is in the same vein of Rich Kids of Instagram, which displays teenagers and early 20 somethings showing off their wildly outlandish lifestyles. Cars, shoes, clothing, anything you can drop a lot of money on they’re all about it.

Generally I find shows like these pretty fascinating. It’s interesting to see how these types of kids live. Granted they spend more money on a single item than I did on my entire college tuition. More often than not TV producers expertly spin these types of “reality shows” into something mildly entertaining while keeping the audience of more humbler means with a twinge of envy. #Richkids of Beverly Hills was so far off the beaten path it’s not even funny.

Picture 2 girls in their Mid-20s with nasally high pitched voices and underlying insecurity issues and Bam! You’ve got a show. Using terms like “funemployed” and “fabuluxe” you get the sense that these girls definitely do not understand the meaning of work. The true problem with the show is that its main characters are incredibly painful to watch. I don’t expect depth and good story lines but all in all they come off as boring and uninteresting. Yes, you spend a shit ton of money, and yes your life is fabulous YAWNNNN I’d rather watch someone getting their back waxed.

Anything would be more interesting really. Don’t get me wrong, I enjoy mindless TV as much as the next person but dammit, keep my interest for at least 5.2 seconds. What makes it worse is that the creators of the show decided to bombard the viewers with faux texts and cheesy imagery. Not to mention all of the iPhone message sounds going on throughout the background. Between my actual phone going off due to work emails and my mother texting me coupled with the show, things definitely got confusing. For that, I’d recommend not watching on your computer, especially if you have a Mac.

The most amazing and ridiculous part of the show that almost made it worth my viewership was Jonathan the  gay musician. Dorothy decides to do a blood drive and due to him being gay, he is not allowed to participate. He immediately becomes offended and goes on a rampage insinuating that Dorothy is homophobic for supporting the “anti-gay” cause. Now, pump your brakes, I’m not saying I’m unsympathetic to his plight. With that being said, it is pretty comical to see him deem the American Association of Blood Banks homophobic. To add insult to injury he literally calls his best friend a homophobic bitch. Oy Vey on to Ms. Morgan.

Morgan is this crazy blonde with a tiny waist and big boobs (her words not mine). She is enlisting her boyfriend Brendan to help set up Dorothy. Dorothy goes on a mega-list on what her criteria is for the guy she wants to date. In shallow girl fashion, all of her requirements are physical and superficial. Brendan counters that you’re not going to find “everything”  in your partner (which is actually legit advice) in which Morgan promptly questions (rather threateningly) him if he thinks she is perfect. Now Brendan seems like he has some common sense so what he sees in this girl, I dunno. Maybe later on he will prove to be just as vapid. Anyway, so in crazy girl fashion this little remark that Brendan made ended of being discussed by Morgan and her mom (which she refers to as Susan). Her mother actually gives some sound advice which Morgan dismisses commenting that she will not be as annoying to her kids. Morgan actually revisits the conversation with Brendan insisting that he was drunk and stupid for saying it in the first place (insecure much?).

The show lasted for 43 minutes, 20 minutes too long in my opinion.  Frankly they should have cut it down to 25 at the max because all of the drama and content was not enough to sustain for that long. Bottom line is that there was too much time given to the 2 main girls (there were some supporting characters that seemed somewhat interesting but were not given much airtime). Develop the other characters and there may be something there. I was definitely disappointed because I thought I’d found another guilty pleasure show. Instead we have a mediocre show that caters to two boring not so intelligent adults who spend their days acting like teenagers. Personally I don’t think the show gives enough attention to the mass amounts of wealth being spent that could sustain 3rd world countries. Great job E! you’ve done it again. Lastly, I have another suggestion on what Twiddle dee and Twiddle dumb can spend their money on; my student loans. Just a thought ;-).