I’ve started a new beanie pattern that I’ve found on Ravelry. I absolutely love wearing beanies as I’m super lazy and seldom feel like straightening my hair. Plus they are totally comfy and pretty versatile for the most part. I actually started crocheting a few years ago after a lovely basketball knee injury forced me to the sidelines. To pass the time I picked up crochet and I’ve enjoyed it ever since. Now that I have a good amount of time on my hands, I feel like it’s a good opportunity for me to pick it back up.

Slouchy beanies are a favorite of mine. I’ve made dozens over the years and gave away a few as presents. One of these days I’ll upload some of my nifty little creations. I found this pattern called Tante Pose and not only is it super adorable, the pattern is quite easy to follow. Since I’ve been out of the crochet game for a minute, it’ll be a nice transition. Below is the photo of the designer as well as a link to her blog. I’ll be sure to post my progress with you all from time to time. 🙂 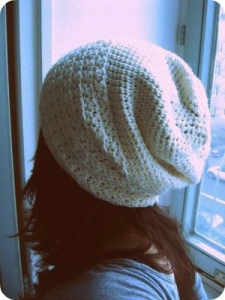 I’ll admit it, when I get into something new, I tend to obsess, be it work, reading, or Starbucks ;-). So on my freelance journey, nothing really has changed. I think I’m so desperate to prove to myself that I can do this, I often take on a bunch of projects all at once, and will work furiously to make sure they are completed as quickly as I’ve accepted them. The problem lies in the fact that I often neglect myself whenever I’m engaged in my obsessive endeavors.

Today for example, about 30 minutes ago, I was lightheaded and dizzy. At first I thought it was an onset of an anxiety attack. Upon further speculation, I realized that I hadn’t eaten since 8am this morning. It was about 1:45 pm when I had realized this. After scarfing down a Cara Cara orange (If you’ve never had one, I highly recommend them as they are delicious) I feel a million times better.

I also came to the realization that I need to take a break from working and get away from my computer screen for a bit. With that being said, I’m going to go crochet for awhile. I’m actually pretty good at making beanies, and I’ve found a super adorable pattern on Ravelry. I’ll be sure to do a post on that a little later. I suppose the takeaway is, if you’re feeling overwhelmed, take a breather, and just unplug. When you’re up to it, just go back to the task at hand. Your brain and nerves will thank you. 🙂 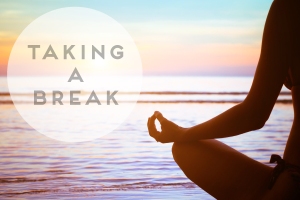