So I’ve been slacking. This is in part due to work, preparing to head out for the last wedding, and having to cope without Abbey (Only for a few days due to the wedding). So I’m going to do a little housekeeping: 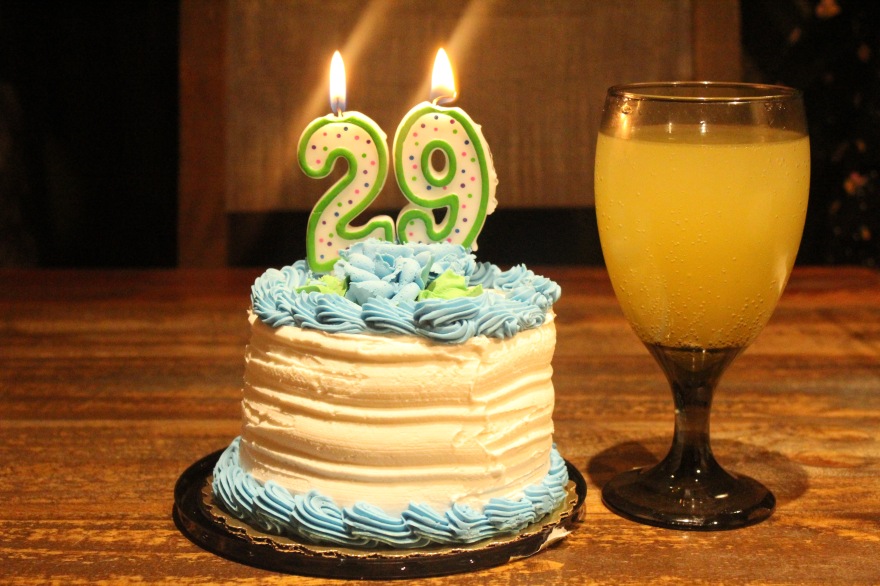 I turned 29 last Wednesday. Celebrating my birthday isn’t something I put much effort and energy into. This year was a little bittersweet because I normally spend the day with my rents, but they’re on different continents living their best life at the moment. They’re the ones who spearhead the shenanigans, otherwise, I probably wouldn’t bother, ha! I’m not a huge birthday person and haven’t been since I was 11. But since I didn’t want to be a complete abstainer, I did get a small cake and a mimosa for good measure. See mom, I did something! I did have fun though. Abbey and I went on a trail, hung out by the water, and just relaxed (and worked a bunch).

Lions and tigers and bears, oh my!

My nightly routine usually involves chilling in the jacuzzi and listening to some tunes. The townhouse that I’m renting has the perfect blend of “cabin-feels” without the cabin maintenance– I love it!

Anyway, I was outside and I had happened to take out my contacts because they were irritating me. As I was adjusting the temperature of the jacuzzi, I looked up and like eight feet in front of the gate, I saw a dark blob on the grass next to the fruit tree that generally isn’t there. I thought to myself, “huh, that blob isn’t usually there,”. I squinted to get a better look and the blob moved! It grabbed a piece of fruit, and that’s when I realized, it was a FREAKING BEAR!!!!

You’d think that would run back inside and wait for it to pass on by but noooo… like the village idiot that dies in dinosaur/crazy animal films, I went inside to grab my camera and take photos of it. Fortunately, when I came back outside, it was further away, so my idiot self felt even more confident. As I was snapping away (with my flash on, like a genius), I guess the flash annoyed it as it made a fake charge motion towards me. Needless to say, I was pretty scared, but I was literally a step away from my door, so I squealed and ran back inside.

There’s nothing like a little bear lunge to get the adrenaline running. As I said, it wasn’t super close, but close enough for me to rethink my bravery level. So, my takeaway is, if I can snap photos of a hungry bear, I can handle anything. That, and I’m likely the first person to die during an “animal on the loose” type of situation. 😉

I told my brother and my parents and they all said “So that’s why Big Bear is named that”, ha! Leave it to my family to be more excited to see the bear than disturbed by the fact that I was dumb enough to stick around for a photo shoot. Perhaps that’s why they’re my family, haha! Enjoy some shoddy quality bear photos! 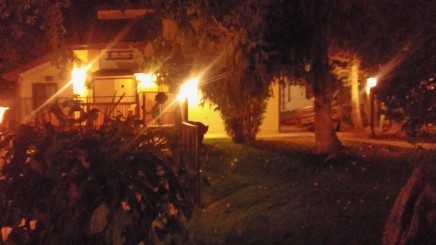 I took a little break from the internets mainly because I went to Monterey to visit my parents and surprise my dad for his birthday. I decided to leave my laptop home and unplug while enjoying some family time. It was incredibly nice to see the ‘rents, though it was hard as it was the first time visiting without Kobe.

Though the flight from Las Vegas to Monterey is only 1 hour, one can expect it to take about 3 when traveling with Allegiant Air. Right in the middle of take off, they all of a sudden break and we are immediately escorted off the plane. With no clear reason as to why, we had to wait almost 2 hours for another plane. Upon boarding sister asked the flight attendant why we had to switch planes in the first place. The attendant responded with “Be glad that we did” and that was all. They really should change their motto to “Allegiant Air: We’ll get you there… at some point”. A word to the wise, give yourself a 6 hour window when traveling with Allegiant. 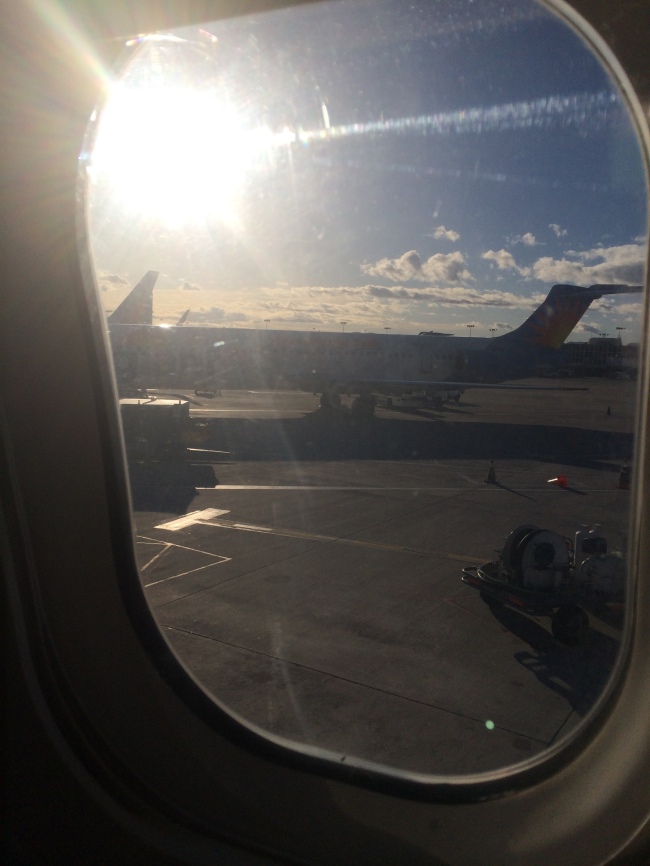 For my dad’s birthday, we went to the Monterey Bay Aquarium and it was awesome! I never thought I liked aquariums (I was wrong). I suppose trying new things isn’t so bad 😉 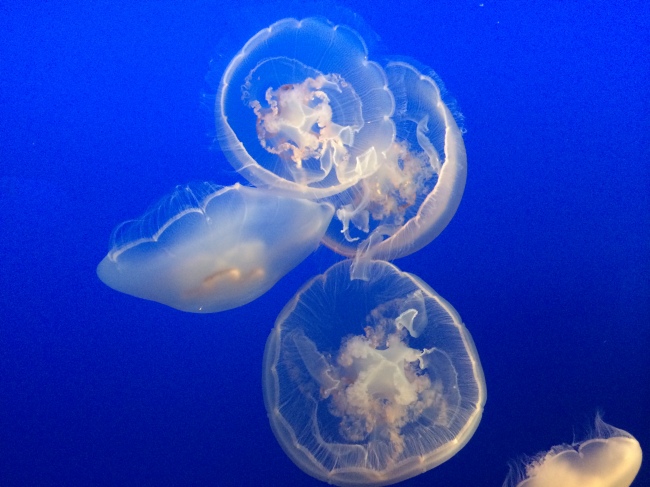 – One of the coolest looking jellyfish I saw that day

-Fun times at the aquarium!

It’s nice visiting my parents. They’re actually pretty cool peeps. I’m very lucky to have them because they’re so legit. Even when growing up doing my “angst” years, I never really had any parental “drama”. I think it’s because they’ve always been straight up with me and my siblings, I’ve never really saw the need to rebel or alienate them. Plus they’ve always given me the autonomy to be myself whether they understood my actions or not. Anywho, it was a really nice break from Satan’s buttcrack, though I must admit the weather has been nothing short of amazing here in Las Vegas. Let’s hope it stays that way for a few more months. It was a very nice visit and I’ll probably head back sooner than later (the perks of being a bum). Now that I’ve had a little digital break, it’s time to get back into the swing of things!

-On the way to the airport

-Getting ready to take off 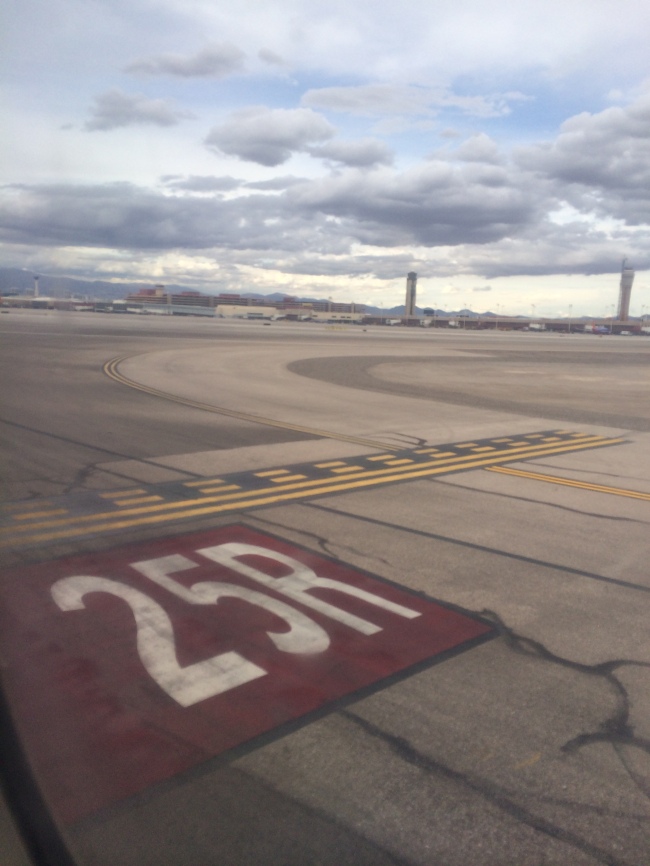