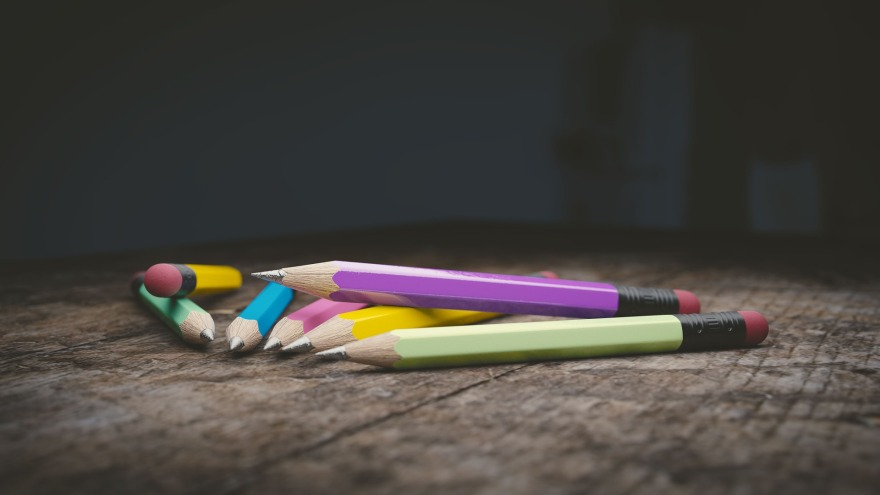 I’ve recently been holding myself accountable on time management and organization (two things I absolutely suck at). END_OF_DOCUMENT_TOKEN_TO_BE_REPLACED

I’ve been a busy bee getting articles published and whatnot, so my blogging has fallen to the wayside. The plus side is, that I have loads of fun things to share, including my most recent trip to see my parentals in Monterey! My dad turned 50 earlier this month and my sister’s family and I flew out there to surprise him. While I was there, I went to San Francisco to hangout with a former colleague turned friend and a college buddy of mine (more on that later). It’s safe to say that I’ve fallen in love with the city. Who knows, maybe one day I’ll be a resident there. END_OF_DOCUMENT_TOKEN_TO_BE_REPLACED

For those of you who have self-discipline and have no trouble in staying organized/focused, bah humbug, this post isn’t for you. I’m just kidding… maybe. Being organized and staying focused are traits that are not organic to me. In fact, I have a million redundant practices that I have in place to keep me on the straight and narrow. And for 3 easy payments of $4.99 you too can.. errr… wait, that’s not supposed to go there. Without further ado, here’s how I keep my crazy butt in line. END_OF_DOCUMENT_TOKEN_TO_BE_REPLACED

Whenever I try something new or resolve to make a change in my life for the better, I expect insta-success. Whether it’s a new workout regimen, getting up earlier, or just being a better person, I often feel “failure” because I haven’t seen the results in the short amount of time that I begin these endeavors.

Growing up in an ever-growing technology based world, I’ve grown accustomed to not having to put much effort into certain tasks. For example, the ability  to communicate with someone across the world within seconds. Before you had to use snail mail and it would take a few days. But now, you can do it almost immediately.  You can order virtually almost anything online and have it shipped to you rather quickly too. Hell, I can order food and literally not have to interact with anyone. If I hear a song on the radio and I have to have it, I can go on my Iphone and buy it right then and there. I don’t even have to go to the store or even my computer anymore.  We’re all about the now now now.

I love all the technological advances we as a society have made, but I fear it has made me impatient. Keeping up a solid workout schedule for instance. If I’m not seeing the process instantly, I give up thinking I’ve failed. When actually it takes time. Another example, in the past my organizational skills left a lot to be desired (translation: if my head wasn’t attached to my body, I would have lost it years ago). Currently, I’ve had 7 days worth of solid success of getting my crap together. I’m trying to get back to the basics. Patience is a virtue, and good things come to those who wait.

I’m a procrastinator; I fully take responsibility for that. Up until recently, I was a successful one. That sounds ludicrous but hear me out. All during my academia period, I was able to load up on Starbucks and bust out any assignment (be it a paper, math equations, etc.) literally hours before it was due. Maybe it was the thrill of the “do or die” experience, but procrastination was my friend.  Plus I never really had any backlash from it.

On top of being a procrastinator, I’m incredibly charismatic. For some reason, my professors, bosses, friends’ parents all seem to think I was awesome. So I was able to charm my way into getting things done, or if I was a little late professors would give me the benefit of the doubt.  I was having my cake and eating it too. That is, until recently when reality bitch slapped me in the face.

When I entered the “adult world”, ie a fulltime job, my procrastination skills began to rear their ugly head. All of a sudden, my lack of preparation and preference of turning things in late were not acceptable. (No matter how cute my smile or “legit” my excuse was. For the first time I was being held accountable for my irresponsibility and I did not like it at all. I began experiencing stress, fear, anxiety, and I just became frozen. Whenever I needed to get something on a deadline I would just freeze and do nothing. It really brought me down.

Recently, I decided to get in gear and start making a schedule for myself. I now have a white board that has my entire schedule for the day. It took me a bit to commit but for the past week, I have been following it religiously. I have to admit it feels amazing to be on top of everything. I really like being able to end the day knowing that I accomplished what I set out to do. I also do things better because I took the time to do it right instead of doing a rush job. So here’s to putting procrastination aside and being organized! 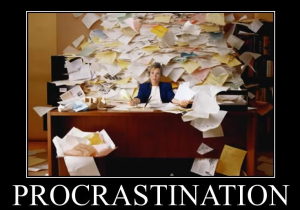